Tropical Storm Cristobal hit the US Gulf coast with 50 mph winds and heavy rain. The Tropical Storm landed late Sunday 6/7/2020, as the Louisiana Governor declared a state of emergency

Tropical Storm Cristobal came ashore on Sunday afternoon in Louisiana but generated dangerous weather much farther east, sending waves crashing over Mississippi beaches, swamping parts of Alabama and spawning  tornadoes and heavy rain throughout Florida. With its drenching rains, the storm is expected to keep inundating the northern Gulf coast well into Monday.

It is  a “very efficient and a very tropical storm,” said Ken Graham, the National Hurricane Center director, with up to 12 inches of rain predicted. Though Cristobal was well below hurricane strength at landfall, forecasters warned that the storm would affect a wide area stretching roughly 180 miles (290km).

The storm made its presence felt Saturday evening with a tornado that touched down near downtown Orlando, the National Weather Service said.

The twister just missed a group of protesters at Lake Eola at around 7:30 p.m. There appeared to be no injuries, but tree limbs were knocked down, and there were reports of power outages.

“Yes, it is related to the tropical storm that is well to our west,” said Scott Kelly, a meteorologist with the National Weather Service in Melbourne, Florida. “But the tropical storm provided a lot of low level shear and that has allowed for some tornadoes to form over Central Florida.” 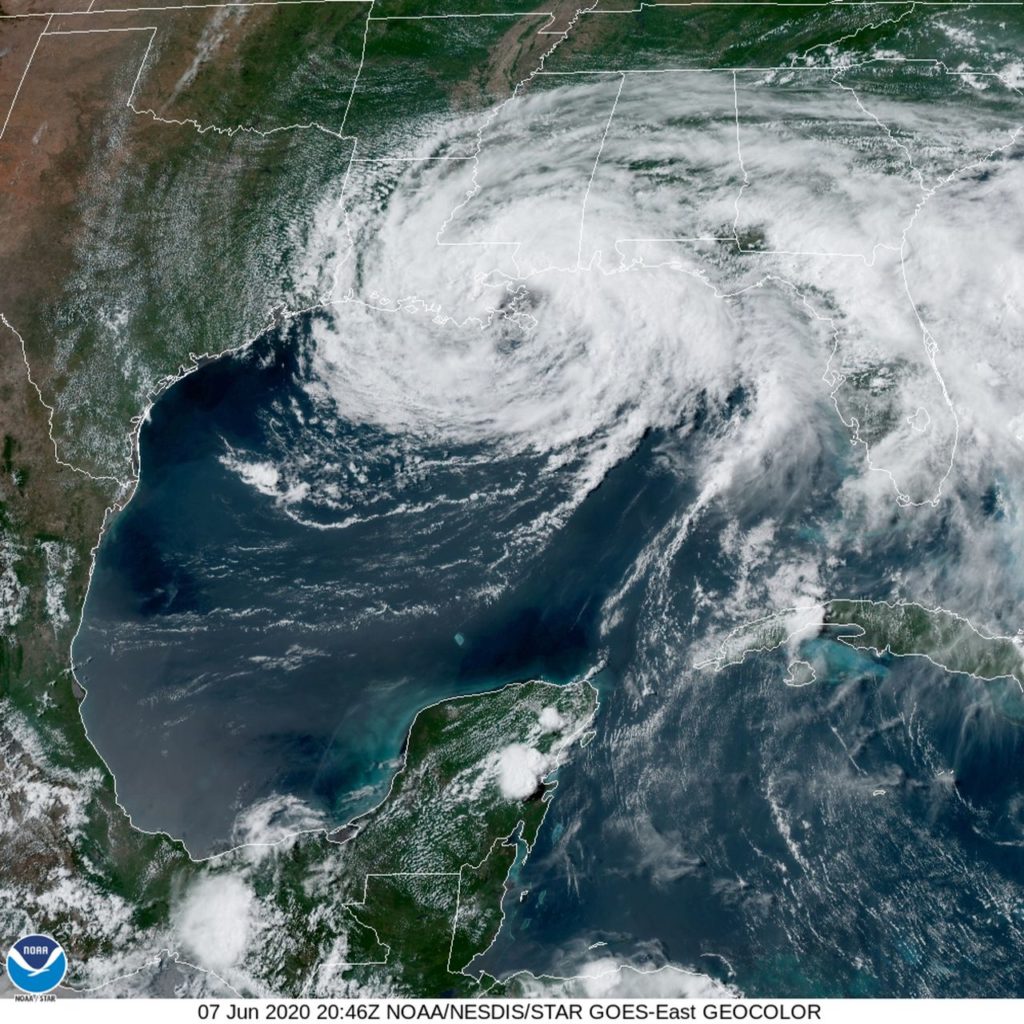 With reports of flooding coming in from Louisiana along with 50 mile per hour winds the potential for Tropical Storm Cristobal Insurance Claims occurring to your property is huge.

It is not just Louisiana and Alabama that were affected, the outer bands of Tropical Storm Cristobal caused heavy rains, flooding, and tornadoes across Florida.

If your home is affected by Tropical Storm Cristobal contact your local Lincoln Public Adjuster for any insurance related insurance questions you may have.